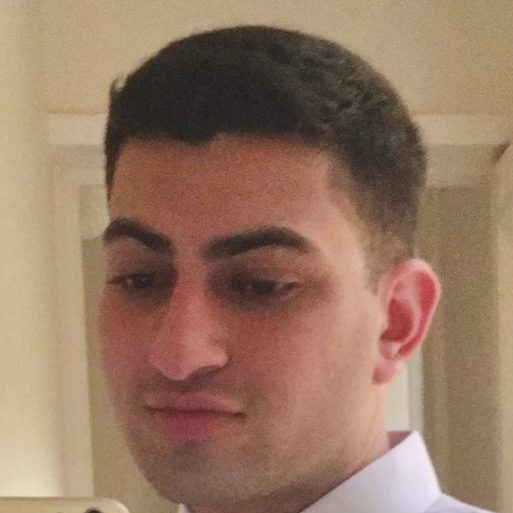 Webmasters and SEOs around the world are used to Google’s algorithm changes causing havoc to their rankings. But the search engine’s upcoming changes could be the biggest yet.

Google makes over 3000 changes to its algorithm each year. That equates to around eight changes - every single day. It’s an astonishing number, but it shows how crucial it is to have a dedicated SEO manager, team or agency in charge of keeping your site relevant.

Alongside Google’s smaller, unconfirmed changes, the search engine also releases a handful of broad core algorithm updates every year, which are announced before implementation.

These updates are thought to be ‘significant’ and usually result in rankings going up and down for a few days, before settling at a new position - either higher or lower.

While the updates are announced before going live, what metrics they are targeting is not always made clear.

SEO experts usually judge the nature of the updates by looking at which sites have been ‘hit’, which have gained in position and what are the commonalities between them. SEO tools like Ahrefs, SEMrush, Moz and RankRanger provide useful ‘sensors’ which track the volatility on SERPs (search engine result pages).

But in a rare step, Google has pre-announced some fundamental changes that will take place next year, and they have even made clear what they’re looking for SEOs to do to prepare their sites ahead of time.

Here’s why we think 2021 will bring about a new challenge SEOs haven’t had to deal with before.

Core Web Vitals is part of Google’s Page Experience update, which was announced in May this year, to go live sometime in 2021.

Google says Page Experience will play a vital role in its new ranking algorithm, and it’s clear to see why. For years, Google has been trying to improve user experience on the internet by asking websites to adhere to its particular set of standards. These standards have steadily increased over time. For instance, Google announced back in 2014 that sites using https will be favoured those that are unencrypted.

There’s a lot to learn about Core Web Vitals, but essentially they are a new set of metrics that Google will use to measure the ‘experience’ of your page. If Google tests a page on your website and thinks users will receive a poor experience, the page may no longer rank as highly as it did before.

While SEOs have known for years that site speed is a factor in rankings, Core Web Vitals poses a new challenge. The principal metric that will cause an issue for plenty of websites is CLS.

Layout shifts are standard on millions of websites, even as late as October 2020 - months away from the update going live. Whether it’s a lazy-loaded image, an asynced script or a heavy-resource advertisement, most websites on the internet load content within the viewport after the initial rendering of the page.

In fact, it’s common practice to do so. By asyncing scripts and images, the page speed isn’t impacted during rendering, resulting in quicker delivery of the website’s content to the user. But we didn’t need to worry about the layout changing, as this didn’t affect SERP rankings. But with the latest update, it becomes a significant factor in Google’s judgement of websites.

Every page will need to be designed with Core Web Vitals in mind, ensuring the layout remains fixed during the full page render whilst not compromising on page load speed - which could further affect the LCP metric.

While Core Web Vitals will be a ranking factor, it remains to be seen how much weight is given to it. Based on the fact Google has announced this with plenty of time for webmasters to prepare, it could be a factor that changes the SEO stratosphere.

Most sites are likely to be affected in some way. But ones that should be particularly careful are news, content and blog websites that run advertisements and load images towards the top of its pages. In the UK, tabloids like the Daily Mail, the Mirror and Daily Express could see huge drops if they don’t look to change the structure of their pages.

If you’ve ever searched for a news story on your phone, you would likely have seen the ‘Top Stories’ carousel at the top of Google’s SERPs. The carousel contains some of the trending articles within that query and is a coveted spot for publishers, especially on high-traffic searches.

The pages within Top Stories use a technology called Accelerated Mobile Pages. This technology allows Google to serve the page directly from within its own cache, using the least possible resources. Websites can choose whether or not to implement AMP on their websites, but it’s so far been a necessity if the website is looking to rank within the Top Stories carousel.

On the whole, webmasters aren’t a massive fan of AMP as it strips back most of the features of a website’s main pages. But the traffic benefits of ranking at the top of high-traffic news queries far outweigh the drawbacks of implementation.

But as part of Google’s Page Experience update, there will be no requirement for a website to use AMP pages in order to occupy a position as a top story. That’s big news, especially for news websites, who have had to create and maintain AMP pages for each news story.

Websites that haven’t made the move to AMP will now be able to see their pages appear in the carousel - opening up the possibility of smaller publishers with limited technical knowhow gaining traffic from a highly visible feature.

This change follows last year’s update, when Google announced sites with original news reporting would be prioritised over those that rehash news articles from other sources. However, ask any News publisher, and they’d probably disagree. Rehashed articles are still prevalent, but between sites with higher authority - keeping the small publisher out.

So does this update mean AMP is no longer needed? Not quite. AMP dramatically increases the page speed of your site, which may give your website an advantage in the SERPs over another that doesn’t implement AMP.

Additionally, Google hasn’t made clear whether they will give preference to AMP pages - or non-AMP pages - within the Top Stories feature, so don’t go getting rid of AMP just yet.

While Google could announce further changes for 2021, Core Web Vitals appears to be the number one challenge facing SEOs for the next few months.

Google’s several smaller updates throughout the year continue to pose uncertainty for publishers in every niche, while a broad core algorithm update could also be on its way any time now.

But don’t expect Google to give away many more details. After all, it isn’t in Google’s best interests to let us know the inner workings of its algorithms and weightings, which would further open it up to abuse.

As an agency, we keep on top of the latest news, trends & discussion within the SEO community to give our clients the best chance of success for their SEO campaigns.

If you require any help with your business or website’s digital presence, our expert team of marketers & SEOs are on hand to have a no-obligation chat. Get in touch with us today to get started and unlock your website’s potential.

WordPress has native RSS feed functionality, making setup extremely easy, but you may have noticed including...

Facebook advertising is one of the most popular ways to generate leads and drive highly engaged...

Are Social Media Influencers Worth The Investment In 2020?

The influential power of Tik Tok teen sensations and Instagram lifestyle gurus has come into question...

Content is king. How your brand communicates with customers is paramount. Having a brilliant product or...

Webmasters and SEOs around the world are used to Google’s algorithm changes causing havoc to their...

Affiliate marketing, when done right, is the holy grail for publishers and site owners who are...

One of the biggest challenges facing small businesses in the digital world is driving consistent, quality...

The Best WordPress Plugins to Help Grow Your Website in 2020

WordPress and its plugins allow site owners to customise every aspect of their website’s user experience...

How To Write A Mission Statement

Every business, no matter how small, should have a mission statement. Even if you are just...

This website uses cookies to improve your experience while you navigate through the website. Out of these, the cookies that are categorized as necessary are stored on your browser as they are essential for the working of basic functionalities of the website. We also use third-party cookies that help us analyze and understand how you use this website. These cookies will be stored in your browser only with your consent. You also have the option to opt-out of these cookies. But opting out of some of these cookies may affect your browsing experience.
Necessary Always Enabled

Analytical cookies are used to understand how visitors interact with the website. These cookies help provide information on metrics the number of visitors, bounce rate, traffic source, etc.