Home » PPC » How Does Google Make Its Money?

How Does Google Make Its Money? 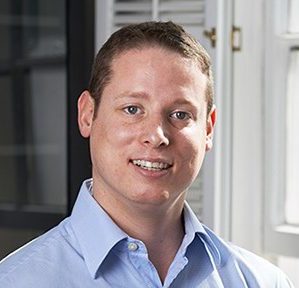 It’s fair to say that Google has a number of ways to generate revenue far beyond selling stock shares or private investment.

In fact, Google uses many methods of partnering up with advertisers and merchants including Google Pay, Google AdSense, Google Analytics and Google Ads among others.

So, what should you know about these? And how does Google use them to make money? Let’s take a closer look.

Google processes more than a trillion searches each year, and each one of those searches gives Google the chance to display adverts and make more revenue. Around 83% of the company’s total revenue comes from advertisements since its main business model centres around online advertising. There are two types of advertising used by Google – brand advertising and performance advertising. Let’s look at both of these more carefully.

What Is Performance Advertising?

Adblocking is something that has had a dramatic effect on online advertising. Almost a fifth of people using the internet today now have ad blockers installed, and that means that a lot of money can be wasted when advertising online. Performance advertising is the solution. It allows advertisers to connect with users, all the while driving up measurable results.

Cost Per Click is a performance-based form of advertising that involves the company that is producing the advert only paying when customers take action. When links are clicked, they are tracked and CPC measures the average cost for each click over the period that the ad runs. The final CPC in Google AdWords is determined by the Quality Score of the advert as well as the company’s Ad Rank and maximum CPC bid.

What Is Brand Advertising?

This form of advertising helps to enhance the user’s awareness of advertisers’ services and products and increases their affinity to them. It uses text, videos, images and interactive ads across several devices.

Advertisers pay Google for CPM (cost per impression) as they’re keen to expand their audience reach. Advertisers typically bid for CPM when they target the Display Network since this allows them to improve and increase their brand’s visibility.

Almost every time a Google Search is carried out, users see ads that dominate the top of the search results. These adverts are paid for. Every time a user clicks on the ad, Google earns some money. The amount they earn depends on the keyword’s value and the amount of competition.

Google Shopping enables consumers to find, compare and buy physical products from a range of retailers who’ve paid to have their products advertised. Advertisers use AdWords to set up Google shopping campaigns.

Many online publishers sign up to show Google ads. Once they’ve signed up to AdSense, they add the code to their website and Google displays targeted adverts that are relevant to the users’ former searches as determined by its algorithms.

Advertisers sign up in order to display adverts on their apps. This is a way of Google helping app developers to earn more revenue from their applications.

YouTube advert revenues have increased enormously in the past 4 years. There are almost 2 billion YouTube users out there and 500 hours of video content are uploaded each minute of the day. Over a billion hours of videos are watched on YouTube each day – that’s more than Facebook video and Netflix combined.

YouTube users see adverts before the beginning of videos and during them depending on the video’s length. Advertisers pay Google to have their video placed on the highest volume videos relating to their service or product.

Although it isn’t an advertising tool, Google Analytics allows the metrics connected to websites to be analysed so that business decisions can be made more effectively. Invented back in 2006, it has empowered more data-driven decisions to be made about websites. The tool works by tracking all of the traffic on a specific social network, blog or website than giving the user reports which can be customized to suit the metrics that are most useful.

Yes, it’s a free tool, however since it comes with excellent AdWords integration, it can help to increase revenue for adverts. This is because Google Analytics reports allow the results of AdWords services to be seen. Once users see how effective their use of AdWords is they will almost certainly want to spend more money on advertising and this is where Google can cash in.

Google owns a host of other products, projects and companies that also bring in vital revenue streams. Google Maps for example can earn money by partnering with organizations that can benefit from tracking and navigation. Trucking companies and ride-share companies are just two of the examples of organizations that pay Google for the use of their maps.

Google Drive is another well-known Google product that virtually everybody has used at some point. There is an upgraded version of Google Drive which is, of course, payable, thus bringing in more money for Google as a monthly fee comes in from every upgraded user.

Let’s not forget Android either. 2.5 billion devices around the world are using Android today and this popular and well-known operating system is an excellent revenue maker for Google, albeit an indirect one. Android allows Google to learn users’ mobile use patterns and Google Chrome can come preinstalled on devices so that users’ search habits can be discovered and used to Google’s advantage to show them tailored adverts.

Also, Google can sell users apps via the Play Store. Since 2008 it has been estimated that Google has made over $30 billion from Android.

With all of these revenue streams in mind, it’s very easy to see how Google is one of the world’s top 4 digital companies. By tapping into the power of advertising amongst other possibilities, Google has opened up a world of opportunities to make as much money as possible while offering services and products that are popular with consumers all over the globe.

At Key Business Marketing, we offer a range of services, including content creation, SEO, PPC and social media management. Get in touch with us today to discuss your marketing needs and unlock your business' potential.

Analytics, Reporting And PPC Trends To Continue Into 2022

The COVID-19 pandemic caused a shift in consumer behaviour patterns throughout 2020, but we’ve also seen...

Core Web Vitals: Page Speed More Important Than Ever In Terms Of SEO

The Core Web Vitals are speed metrics that form a key component of the Google Page...

How To Create Correct Alt Tags For Optimising Image SEO

Alternative text, also known as 'alt text', is a word or phrase that is entered in...

Traffic is key to the success of your business – each time someone visitors your blog,...

How Does Google Search Work?

Google’s search engine is the most popular across the globe with billions of users thanks to...

With over four billion web pages on the internet found mainly by the searcher using Google’s...

Are you looking to secure a top position on the Google SERP without having to go...

Link Building: What Should I Know About Qualifying Links?

These days, web creators are coming up with a plethora of ways to monetise their blogs...

KPIs or, to give them their full title, Key Performance Indicators can help you to understand...

This website uses cookies to improve your experience while you navigate through the website. Out of these, the cookies that are categorized as necessary are stored on your browser as they are essential for the working of basic functionalities of the website. We also use third-party cookies that help us analyze and understand how you use this website. These cookies will be stored in your browser only with your consent. You also have the option to opt-out of these cookies. But opting out of some of these cookies may affect your browsing experience.
Necessary Always Enabled
Necessary cookies are absolutely essential for the website to function properly. These cookies ensure basic functionalities and security features of the website, anonymously.
Analytics
Analytical cookies are used to understand how visitors interact with the website. These cookies help provide information on metrics the number of visitors, bounce rate, traffic source, etc.
SAVE & ACCEPT